After making it clear that she was loved up with “LOVE”, an on-again-off-again fling of a rap mogul is feuding with his rumored current boo.

Gina Huynh had a war of words on social media today with City Girl Yung Miami after Gina made it clear that she was at the Billboard Music Awards to support Diddy. 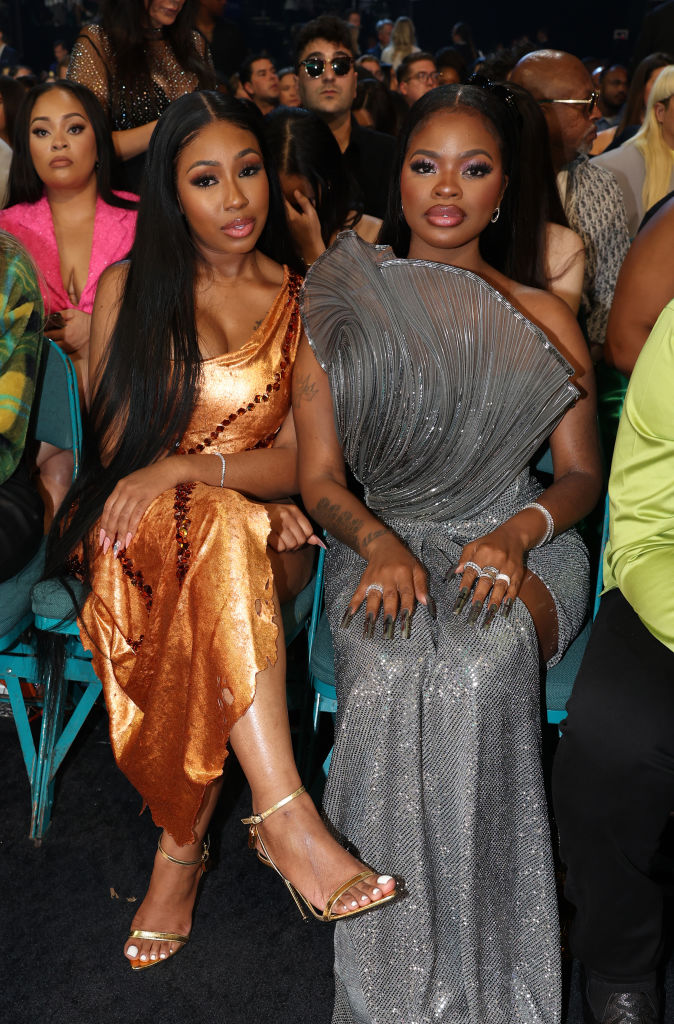 but Gina posted on social media, “Baby daddy is hosting Billboards” with a heart-eye emoji.

She also posted another video of herself cheering and chanting, “Love! Love! Love!” at Diddy as he closed out the show.

On Tuesday, she followed up with a new post captioned, “Love, Love, Love” showcasing herself at the awards ceremony clearly hinting at her relationship with the Bad Boy mogul who officially adopted the moniker, Sean Love Combs.

The latest post from Gina clearly ticked off Yung Miami who took to Twitter to give “this b***” Gina “some attention.”

Somebody please give this bitch some attention!

Somewhere around that time, Gina posted a pic on her InstaStory of the Bad Boy Records mogul kissing her on the cheek and added “if anyone is seeking attention, b**** it’s you.”

The feud continued on Twitter and Miami added more fuel to the fire with tweets about someone who’s “been around –just around for years” needing to “lay low.” She also blasted Gina for being a “freaky a** b***” and shaded her living arrangements—-her cheap a*** lint ball carpet” in particular.

Notice me please ass bitch go sit down! WE SEE YOU RELAX IT’S ok! You been (AROUND) just (AROUND) for years! You been waiting on this moment if he can’t make you famous bitch I ain’t!

Attention? Bitch I am the attention let’s be clear!

Ian arguing with no bitch that got cheap ass lint ball carpet in they house fucking on a billionaire! You freaky ass bitch!

Miami also shared some interesting retweets from her cohorts JT and Saucy Santana, who are clearly [and rightfully] on her side…

“Nicki! She just mad cuz you took the spot!!! Word?!?! That bitch mad cuz I took the spot! WELL BITCH IF YEEN SHITTIN… THEN GET OFF THE POT!!!!”

Hit the flip for Gina’s response to Yung Miami.

Gina Huynh called out Miami [almost] directly—by asking “Why you so press mama? I thought you was a City Girl?”

That didn’t go so well for the model because Miami responded;

I am and that’s why I fuck with yo nigga & ain’t coming off him idc how many pics you post!

Would this be a social media spat without someone dropping some shameless promo? Of course not.

“I will just be making ’em mad, but minding my business and getting a bag,” raps Gina. “Imagine I give some attention to one of they n***s these hoes would be sad.”

The model later clarified that she is Vietnamese and Black, hence her use of the N-word in the song. Fans still blasted her, however, not only for saying the N-word but for using Miami for clout.

As previously reported all of this comes after Gina some serious accusations against Diddy in a 2019 interview.

“He was mentally, emotionally, and physically abusing me,” she said at the time to Tasha K. “He would always compare me to Cassie and tell me that I’m the bad one, she’s a good one.”

During one incident, Gina claimed, “He took one of my heels and tried to throw it at me. He like mushed my face like really hard and made my nose bleed.” She also says he offered her $50,000 to have an abortion after she allegedly got pregnant in 2014.

It looks this war of words between Love’s lady loves might JUST be getting started—we’ll let you know if the alleged Eskimo sisters send more shade.