Karen Huger Calls Out Kyle Richards, Cropped Her From Pic

Kyle Richards and Karen Huger are two ‘Queens’ in the Bravo kingdom. Kyle, from Real Housewives of Beverly Hills, has reigned since 2010 before Karen (Real Housewives of Potomac) claimed her own throne in 2016.

Recently, the most popular Housewives from the network, including Karen and Kyle, were featured at an event called NBC Upfronts.

On her Instagram, Kyle posted a group photo with several of the Housewives, but one star was mysteriously cropped out of it: the Grand Dame herself. Karen, however, didn’t let it happen in silence. 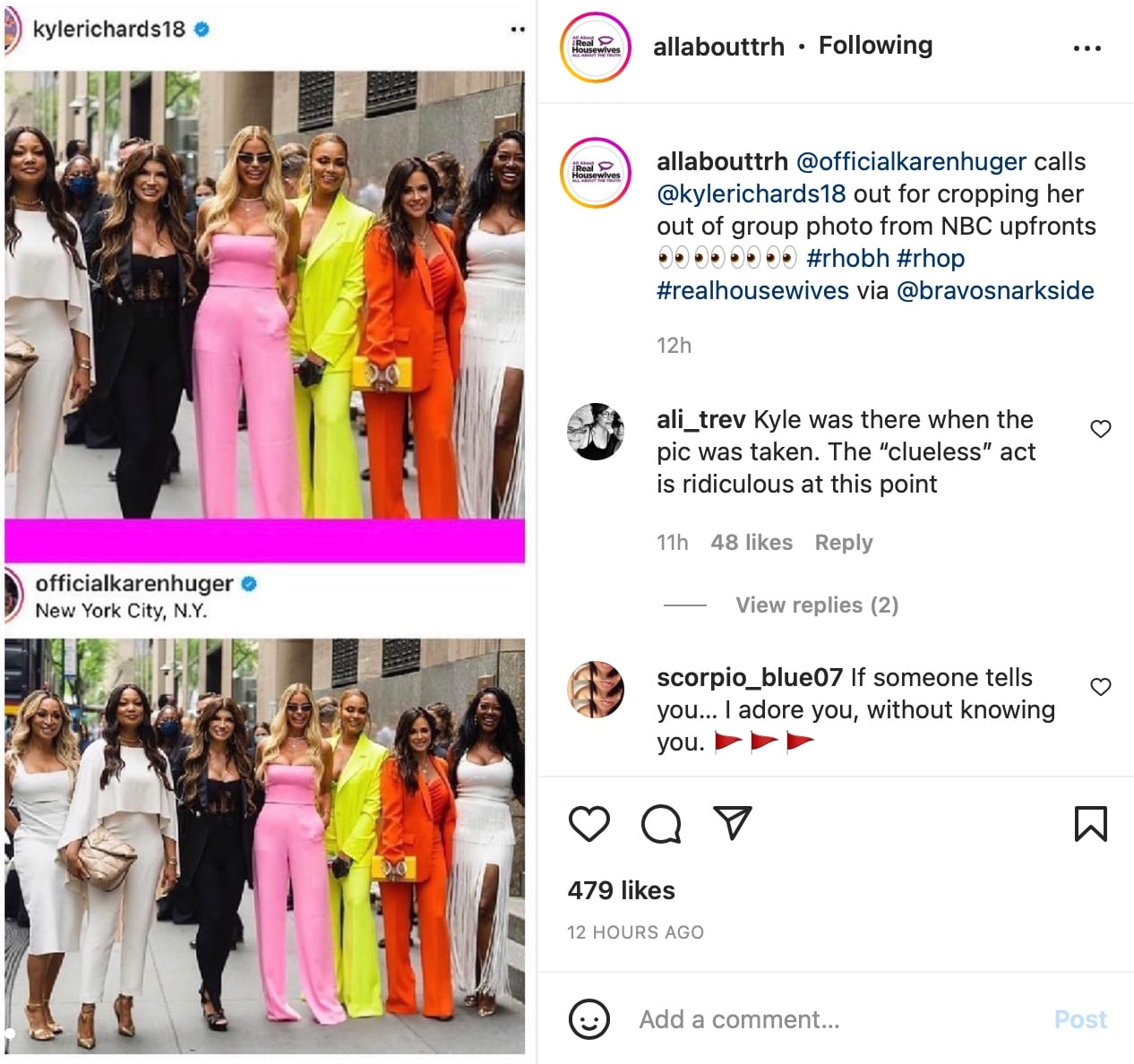 “@kylerichards18 WELL!! I thought I look super cute that day,” Karen clapped back on Instagram.

Kyle immediately responded to the post, offering an odd explanation for Karen’s disappearance.

“[Laughing face emojis] I stole this photo from an IG page and then saw later there is one with you in it! that is why I posted it to my story after,” Kyle insisted in the comments.

Karen, however, didn’t seem to buy it. “Ok Queen,” she replied, adding nothing more.

Then, Kyle doubled down on her efforts to please Karen. “Adore you!!!!” she exclaimed with four heart emojis.

One fan was skeptical about Kyle’s response: “Kyle was there when the pic was taken. The ‘clueless’ act is ridiculous at this point.”

Another fan added, “If someone tells you… I adore you, without knowing you. [Red flag emojis].”

With her over-enthusiastic responses, Kyle probably squashed this beef. As a seasoned Bravo veteran, she also knows how to sweep something under the rug. Even so, Karen likely won’t forget her colleague’s snub — if history is any indication.

Machine Gun Kelly Is Going To Play With Puppies, So We Want To Know Your Questions For Him